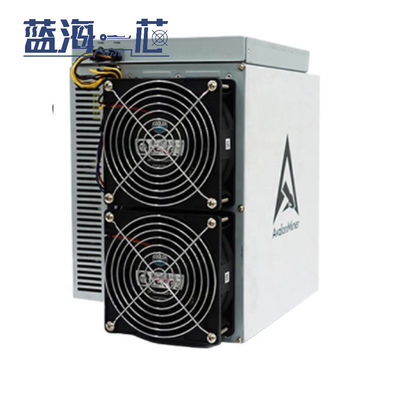 Bitcoin mining is a lucrative investment, especially if you have a profitable miner. The Canaan AvalonMiner Company has a reputation for producing stellar Bitcoin miners. With the 64/68 TH/s 1166 miner, you get a unit that mines over 45 coins.

Bitcoin Vault and DigiByte are the topmost profitable coins to mine, according to today’s market data. It’s fully ASIC supported, which means you can monitor the progress using the software.

In regards to the dimensions, the miner has the same looks as other Canaan Avalon miners. We should remind users that there only a handful of these miners available. According to Canaan AvalonMiner, only five of these remain.

And so the rush to get a hold on one of them is on. The unit comes with a smart controller and uses an Ethernet connection. There’s the daisy-chain connection also available on the unit.

Those who want to increase their chances of mining more Bitcoin; can join a mining pool. Leading and reputable mining pools to join include AntPool, NiceHash, SlushPool, and more.

Most experts and pundits see the SHA-256 algorithm as the safest hashing algorithm. It does not have any known vulnerabilities, which is a plus. Miners use this algorithm knowing for a fact that they are fully protected from the 51 percent attack.

You also get an algorithm that is fast in solving block puzzles. It’s also one of the most popular authentication protocols making it safe and reliable for everyone.

With an efficiency of 47j/T, this is one of the many reliable Bitcoin miners. The efficiency is high enough to guarantee a profitable outcome. Another feature that we must not fail to mention is power. With a power consumption of 3196W, this miner packs a punch in regards to power.

The power helps boosts the performance of the miner adding value to the mining activities. It’s one of the few miners in 2019 to surpass the 3000W mark.

64/68 TH/s is a reliable hash rate that will guarantee miners a profitable outcome. Considering the unit was released in 2019, the first users were happy with the results. A high hash rate means you get to mine new coins faster and safer.

The hash rate increases the power of the network, thus creating greater network security. And this is one of the many reasons why Bitcoin mining uses the most secure hashing algorithm.