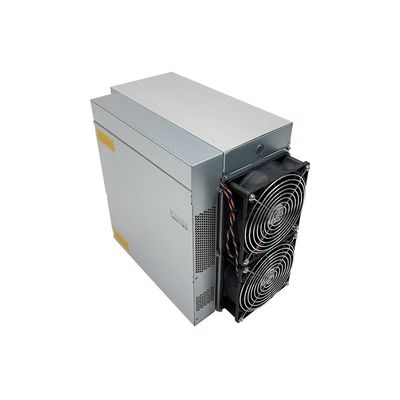 The technical characteristics of the Antminer S19 are as follows:

Features of the Antminer S19 model

The new product from Bitmain is very different both from the previous ASICs of this company, and from similar devices from other manufacturers. And its main difference is incredibly high productivity combined with low energy consumption. This was achieved by using a new generation of chips with a modernized architecture in the design.

At the moment, in terms of hashrate and energy efficiency, this model occupies a leading place in the mining device market. In addition, the ASIC Antminer S19 has a new firmware version, due to which it has a higher launch speed and it works more stable, there is an intelligent control mechanism.

We can safely say that this model is the best offer on the market. The new ASIC is highly productive, consumes little electricity, works stably, is easy to connect and configure, and will be relevant for a long time. But its most important advantage is that while many miners have become unprofitable or marginal due to Bitcoin halving, the Antminer S19 will consistently generate good income.

What kind of earnings can you expect

Antminer S19 runs on the SHA-256 algorithm, so it can be used to mine about 20 different cryptocurrencies. Accordingly, the profit will depend on which tokens you decide to mine. Most often, miners choose the most popular cryptocurrencies - Bitcoin and Bitcoin Cash. In the case of Bitcoin mining, you can count on earning about $ 4 per day, or about $ 120 per month. If you mine BCH, then the profit will be slightly higher - approximately $ 130 per month.

Perhaps such earnings do not seem so great given the cost of the ASIC. However, one should take into account the fact that in connection with the halving of bitcoin, most miners began to generate losses instead of profits. In addition, the BTC rate is growing, and past years have shown that after the halving of the reward within 6-8 months, its value grew thousands of times. Now, perhaps, there will no longer be such a rapid and strong growth in the price of the token, nevertheless, almost all experts agree that one bitcoin is unlikely to cost less than 20 thousand dollars, and most likely even several times more. This means that the income from mining will increase significantly.